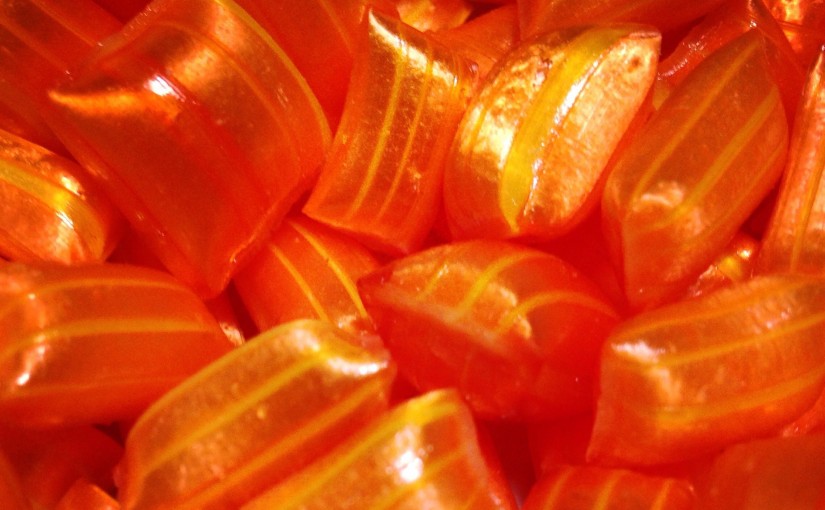 Between work and fun, I’ve been doing a lot of travel lately.

Although I start to get mini panic attacks thinking about all of the things that I’ve left unfinished back home, one big plus of all of this travel is getting a chance to see for myself what’s going on out there in the world of craft-scale sugar confectionery.

The answer: not a staggering lot.

Take New York. I was just there for a week, and canvassed a bunch of folks about their favourite local makers. In a city that’s absolutely lousy with great restaurants and patisseries and chocolatiers, I managed to find a grand total of three real, live, artisanal candymakers — only one of them truly local.

Brooklyn-based Liddabit Sweets focuses mostly on chocolate and caramel, with some sponge toffee (AKA honeycomb) and lollipops thrown in for good measure. Although I find their stuff kind of dull and unadventurous, everything is hand-made and the quality is solid. Unfortunately, they use dairy in almost everything, which is a problem for me personally.

The Japanese chain Minamoto Kitchoan has a location in Midtown. They specialize in traditional wagashi, which definitely tends to straddle the borders between pastries, candies, and snack foods. I was in big rush when I popped in, so I’ll have to give them a fair shake some other time.

Finally, the Barcelona-based franchise chain Papabubble also has a location in Nolita. It’s fantastic watching skilled folks actually making and pulling and cutting the sweets right there in the shop. (That’s some of their bergamot orange candy in the pic up top. The iridescence is simply from layering and aerating the sugar before it sets up; no special additives needed.)

My biggest complaint is that they rely too much on homogenous industrial flavours (both natural and artificial). I’m a firm believer that you can’t make a silk purse from a sow’s ear. And so, despite the fun concept, the final product doesn’t really stand out as anything special.

Aside from these, a handful of bakeries throughout the city do marshmallows, caramels, or pâte de fruit as a sideline.

And that’s really about it.

I’m not picking on New York specially, and I’m pretty sure that I must have missed a few confectioners somewhere in the city. But my point is that there is still plenty of room for candymakers to grow, to challenge ourselves, and to get people excited about sweets that are made with care, craft, and quality. Even in a city as huge and food-focused as New York.

I guess I better get started doing my part, eh?